David is the author of the Amazon #1 best seller Do It! Marketing: 77 Instant-Action Ideas to Boost Sales, Maximize Profits and Crush Your Competition (AMACOM).

David works with executives and entrepreneurs who want to position themselves as thought-leaders and generate MORE leads, BETTER prospects and BIGGER sales.

David's background overlaps three key areas. First, David has worked inside organizations as the client; he has also worked as a speaker and consultant himself for Fortune 500 companies; and finally, he's helped over 500 speakers, authors, consultants and experts raise their game and deliver their highest value.

Sitting on all three sides of the table, you learn a thing or two!

Of the hundreds of companies, entrepreneurs and groups David has worked with, almost all agree that their best prospects and clients are the ones that have "come to them."

Is this magic? No it isn't. It's the power of thought-leadership marketing -- and that happens to be what we DO!

Fair enough. But why are we making waves? Why rock the boat? Why isn't the old way good enough? Here's why:

David has always worked at the intersection of speaking, technology, and professional services. David worked for global professional services firms like Towers Perrin and software maker PeopleSoft (back when they were #6 on Fortune's Best Places to Work list) as well as a 70-person IT consulting firm and a $7 million publishing and training company where he served as the Vice President of Product Development and produced more than 160 events per year.

David has also been privileged to serve in leadership positions at some of the top associations of thinkers, writers and speakers including the National Speakers Association (NSA) and American Society of Training and Development (ASTD).

As a speaker himself, in addition to having presented over 600 corporate programs since 1992, David has had the privilege to present over 40 programs all across the US and Canada to national and local meetings of NSA, CAPS, ASTD, IMC (management consultants), The Consultants Forum, SHRM, ICF (coaches), and Sales & Marketing Executives International (SMEI).

If only I could be less: Hooked on email

I never grow tired of: Pizza with hot sauce

Music I can't get enough of: 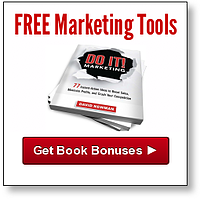 Currently I am obsessed with:

"Runner-up" words from my people:

In tough times, you can find me:

I'm a wimp about: 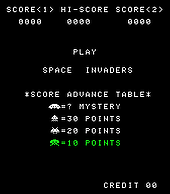